Andrew B. Duncan was the son of David and Helen Lamb Barlass (spelled Barlis on this certificate) Duncan and grandson of our immigrant couple Thomas and Eliza Cation Duncan.  His middle initial may stand for Barlass, his mother’s maiden name.

Andrew was born in Wisconsin in 1873.  In 1900 he lived with his parents in Chicago.  By 1910 he had married (Helen) and was living in Denver with no occupation listed in the census.  They had a daughter, Gertrude, born in Colorado in 1911.  By 1920 they were living in Santa Monica, California.  Four years later he killed himself.  There’s more story here, but I don’t know it. 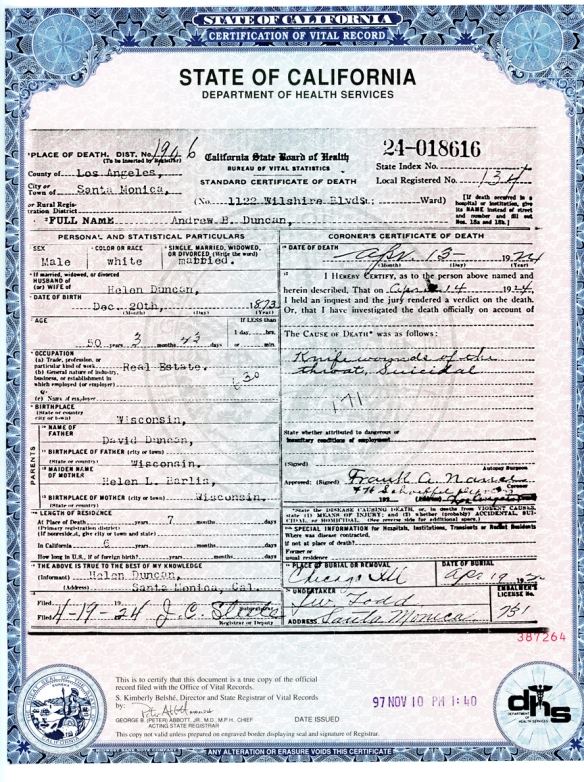