My maternal grandfather, Thomas Leroy Duncan (Roy), was born in LaMoille, Bureau county, Illinois on 22 November 1889, the youngest of four boys.  He had a half-brother Clifford, and two full brothers, Howard William and James Edgar (Ed).  His father was James Cation Duncan, a homeopathic doctor in DeKalb, Illinois.  His mother was Annette MaryJane Patchen, who always went by the name Nettie, even on official documents.  She was a nurse/supervisor in the DeKalb area for most of her life.  Roy lived in northern Illinois for his entire life. 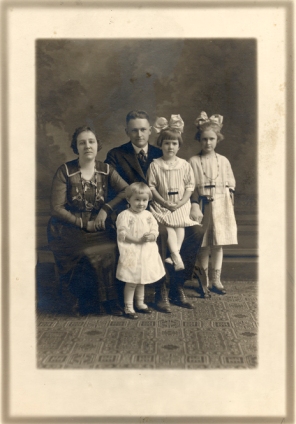 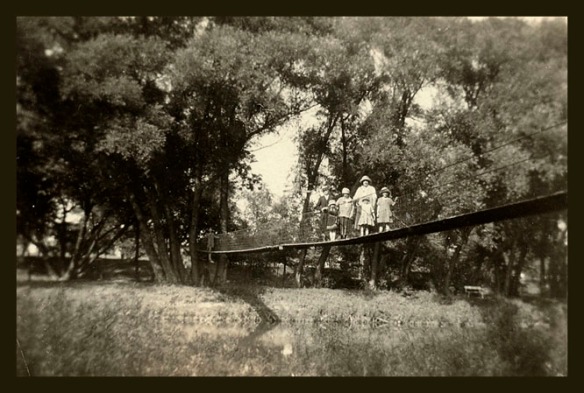 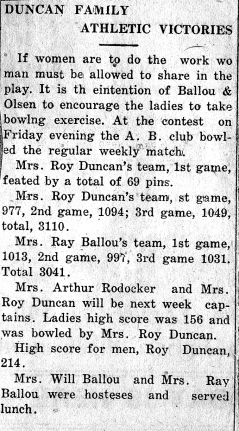 This is the family soon after Albie’s death. Roy’s mother, Nettie, is helping raise the girls. 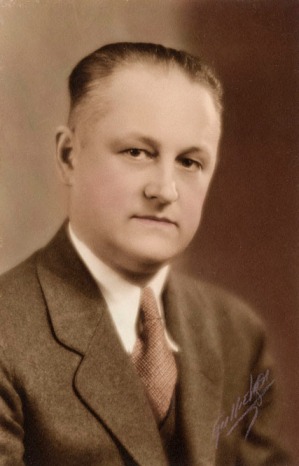 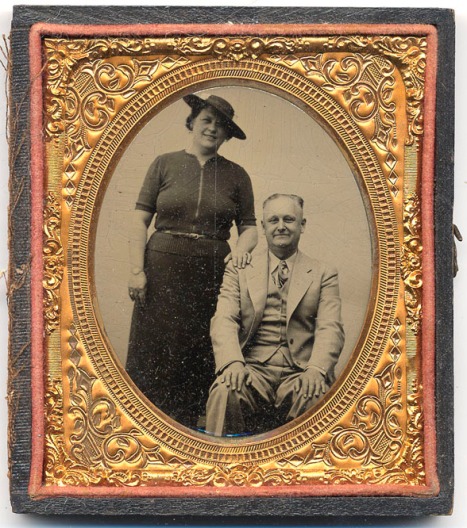 I like this photo of Roy and Florence in their home – it’s nice to have some photos that aren’t posed.

Florence, Harriet, Roy, Jeanie, Tom, and Donna (in front).  And Polar, the dog.

The Duncans visited us in California often.  Grandpa Duncan was so much fun – I wrote about his positive attitude earlier here.  Florence died on 10 January 1957, long after the girls had married and left home.  But Roy was alone again.

The third time around Roy married a younger woman, a little hedge against having to bury another wife.  On 14 April 1962 Roy and Marcella Rice were married in Kings, Illinois.  She adored him and was able to care for him for the rest of his life.

Thomas Leroy Duncan died on 28 October 1983 in Rochelle, Ogle county, Illinois.  He was 93 years old and had lived a full, enthusiastic life.