This photo is printed on ordinary paper – a little heavier and off-white.  Not photo paper.  It’s my grandmother, Ruth Bressler, in her wedding dress.  She married Amos Claycomb on June 15, 1912 in Wayne, Nebraska.

On July 15, 1947 Barbara Claycomb and Roy Davis were married in Los Angeles, California. 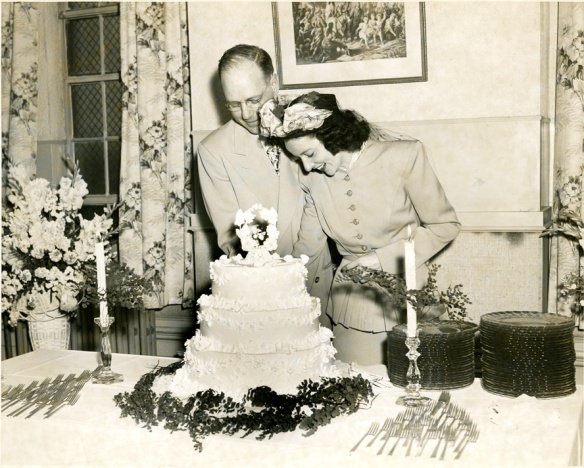 On 15 July 1947 my aunt Barbara Claycomb married Roy Davis in Los Angeles, California.  Because most of her friends and family were far away, they sent out either an invitation or an announcement.

From her satin covered wedding book: 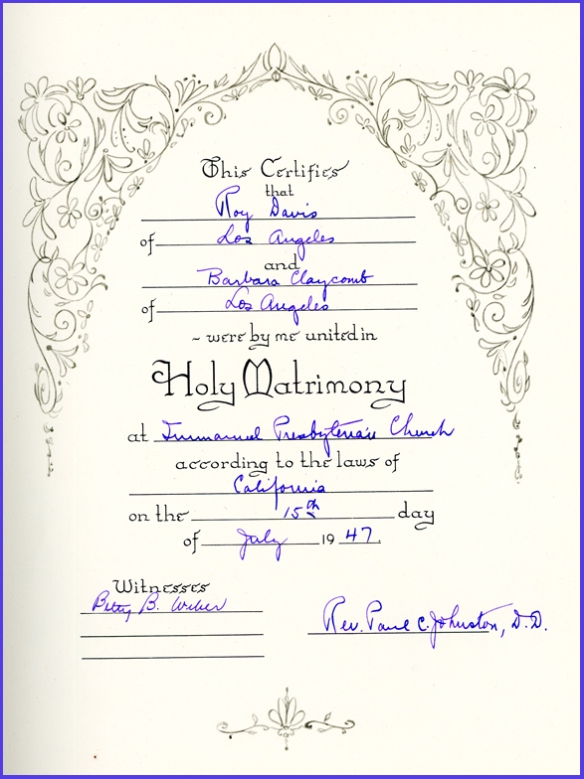 And the guest register:

And one of the many unofficial certificates: 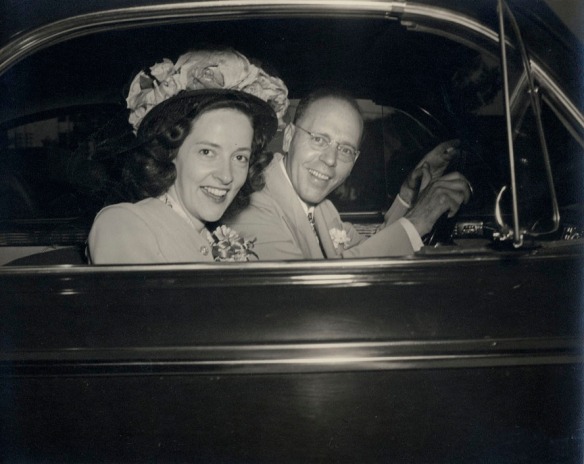 Wedding Guests.  I love seeing signatures of family and friends. 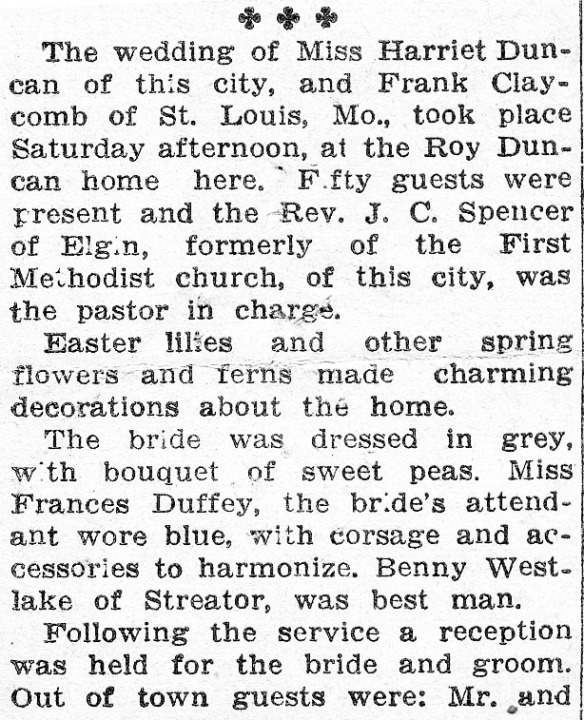 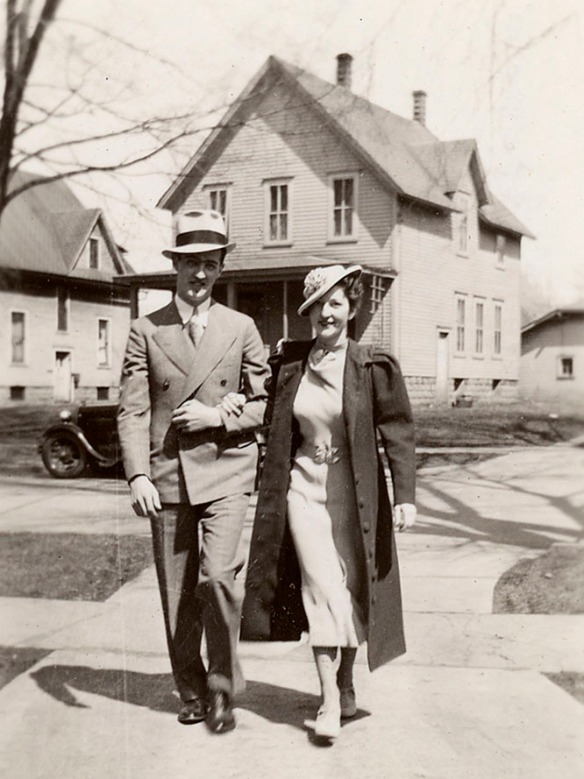 They honeymooned at the Edgewater Beach Hotel in Chicago, where they danced to the big band sound of Skinnay Ennis and his orchestra. 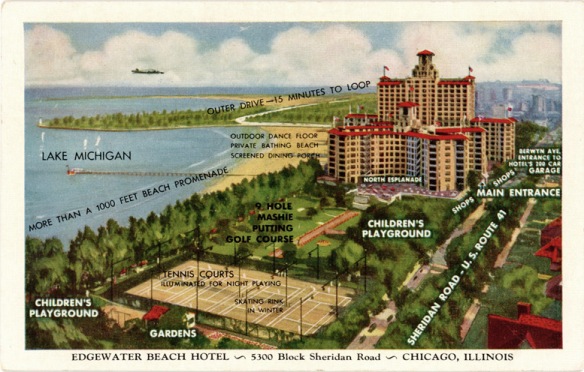 On their 60th anniversary in 1996, their first great-grandchild was born.   So here’s a very happy 18th birthday to Jack!